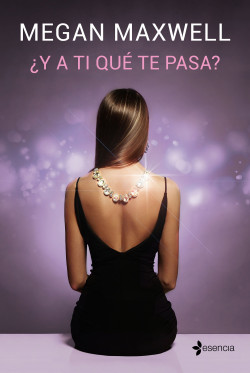 So What's Up With You?

Mencho, whom we met in ¿Y a ti qué te importa?, has quit her job at the Parador, a luxury hotel in Sigüenzaand. She is developing her own business building websites. She has always secretly been in love with Lucas, Juan’s coworker from the SWAT team, but she’s tired of him blowing her off, and decides to change her life, heading to Los Angeles to spend some time with Tomi, a cousin of her close friend, the actress Stella Noelia Rice Ponce. Tomi is a fashion guru and will convince her to make a radical break, accentuating her positives, leaving behind the Ugly Duckling she was before, and turning into a beautiful swan.

In the meantime, Noelia, Juan, and some friends, Lucas among them, go to Los Angeles to celebrate Tomi’s birthday. When the SWAT team officer discovers the new Menchu, he’s speechless, especially after seeing a famous cinema director who can’t keep away from her. Will he manage to make her notice him again, or will Menchu ignore him the same way he’s ignored her?

If you liked ¿Y a ti qué te importa? (So What Do You Care?) you can’t miss this raucous romantic comedy that retells the story of the Ugly Duckling, but with the unmistakable Megan Maxwell style.

Other titles of the author